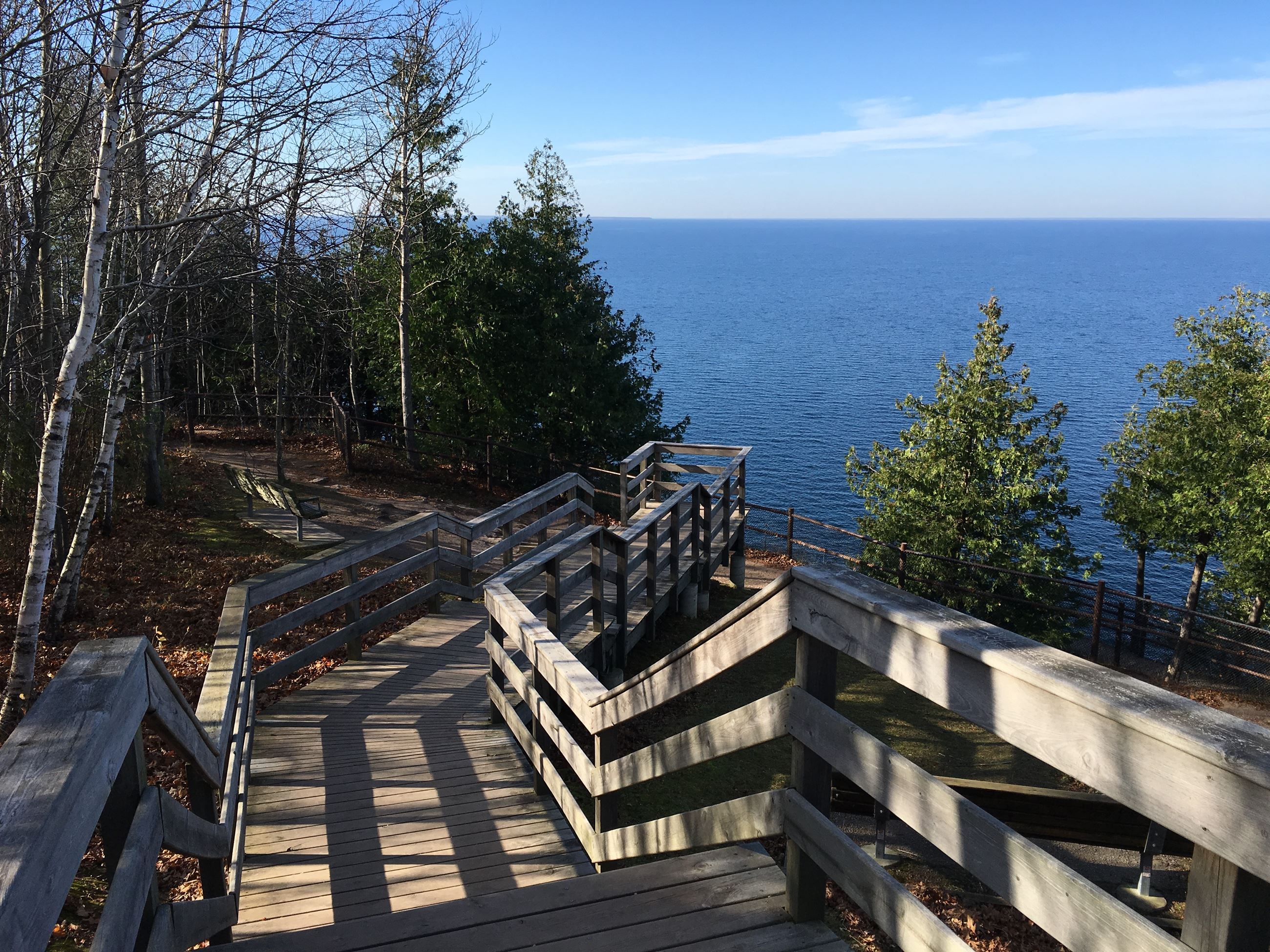 The call to preserve the land that now makes up Door County’s second largest park was made by the Door County Parks Board in 1945.  The board proclaimed “the limestone headlands, as they emerge out of the blue waters of Green Bay, are geologically one of the most outstanding natural monuments in our country. They must be preserved.”  Preservation became official just five years later. The site was designated as State Natural Area in 2002.

The high limestone cliffs of the park are a part of the Niagara Escarpment, formed through sediment deposited by glacial inland seas.  White cedar, Canada yew, mountain maple, red pine, basswood and red elderberry grow on the sheer face of the cliffs, anchoring their roots in small crevices with little soil.  One cedar species was determined to be over 250 years old.

There is no access to the water as the bluff is in excess of 100 feet high and parallels the shoreline throughout the entire park.

The park includes both improved, handicap accessible trails as well as natural hiking trails.  A scenic hiking trail from the picnic area towards the eastern park boundary along the bluff may offer a view overlooking Green Bay and Ellison Bay.

A stairway leading to a viewing site provides an opportunity for awe-inspiring views including sunsets and photographic opportunities of the cliffs, Green Bay waters and the many Green Bay Islands.

A large variety of birds take residency in the forest the peninsula is a flyway for migratory birds.  Twenty-six species of land snails reside on the park’s land, including five rare species and two glacial relict species.

The park offers quiet picnicking at the eastern end of the park, accessed by the service road, which loops through the portion of the park’s land.

Eighty-eight acres were purchased in 1950 for $1 from Fred C Hannahs Sr.’s estate.

The addition of undeveloped property to the south consisting of approximately 86 acres and 1939 feet of shoreline was completed in the fall of 2000,  the result of an impressive  collaborative community effort.  $3,200,000  was raised between the Wisconsin Stewardship Fund, the County of Door, the Town of Liberty Grove, The Nature Conservancy, the Trust for Public Lands, and a long list of private donors providing over  $150,000 for the park.  Donors of the additional parkland are listed on the large boulder in the park.  Preserved in a unique combination of preservation and public access, Ellison Bluff County Park is protected as a State Natural Area, designated as such in 2002, but includes a  provision for ease of public accessibility. 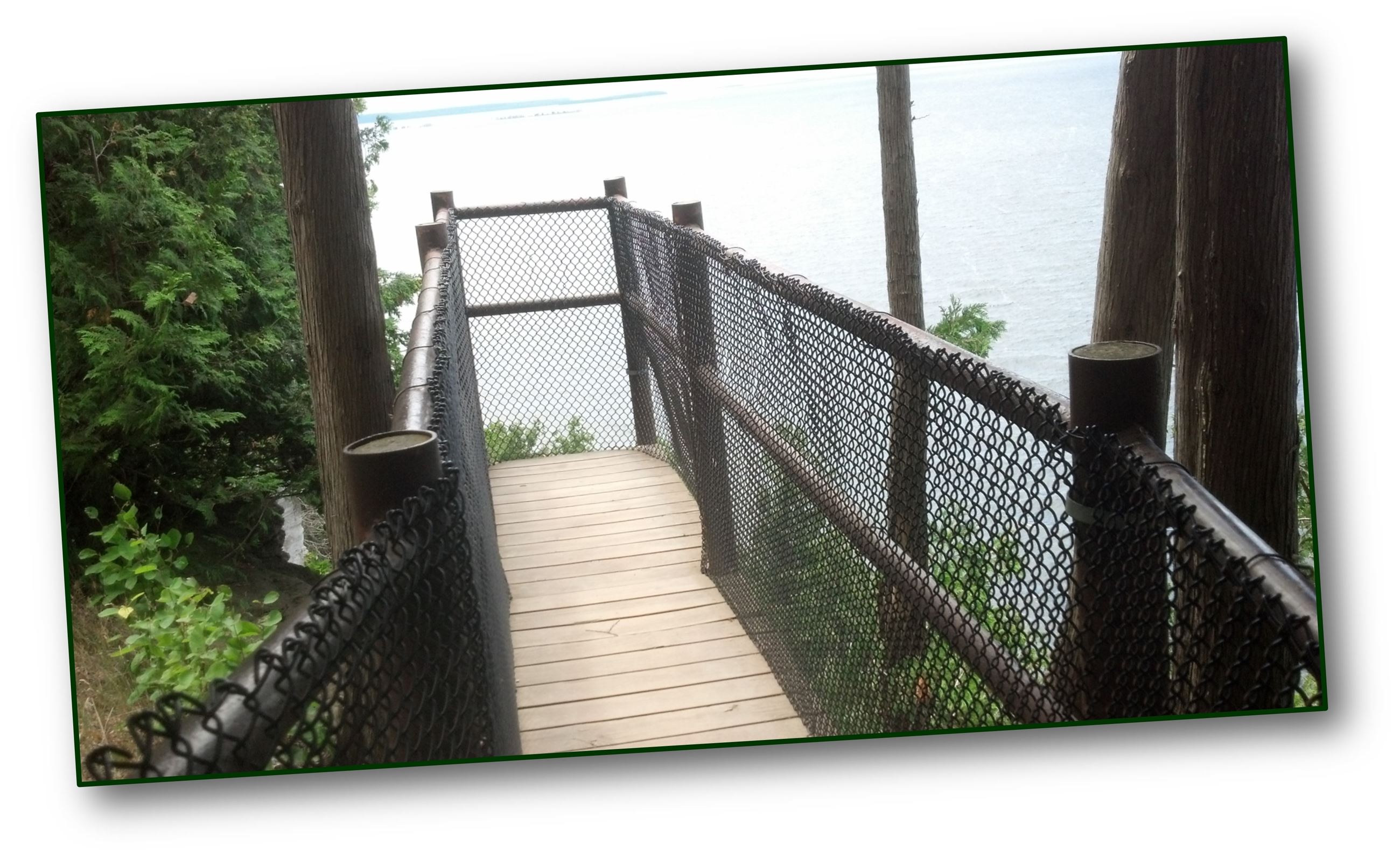 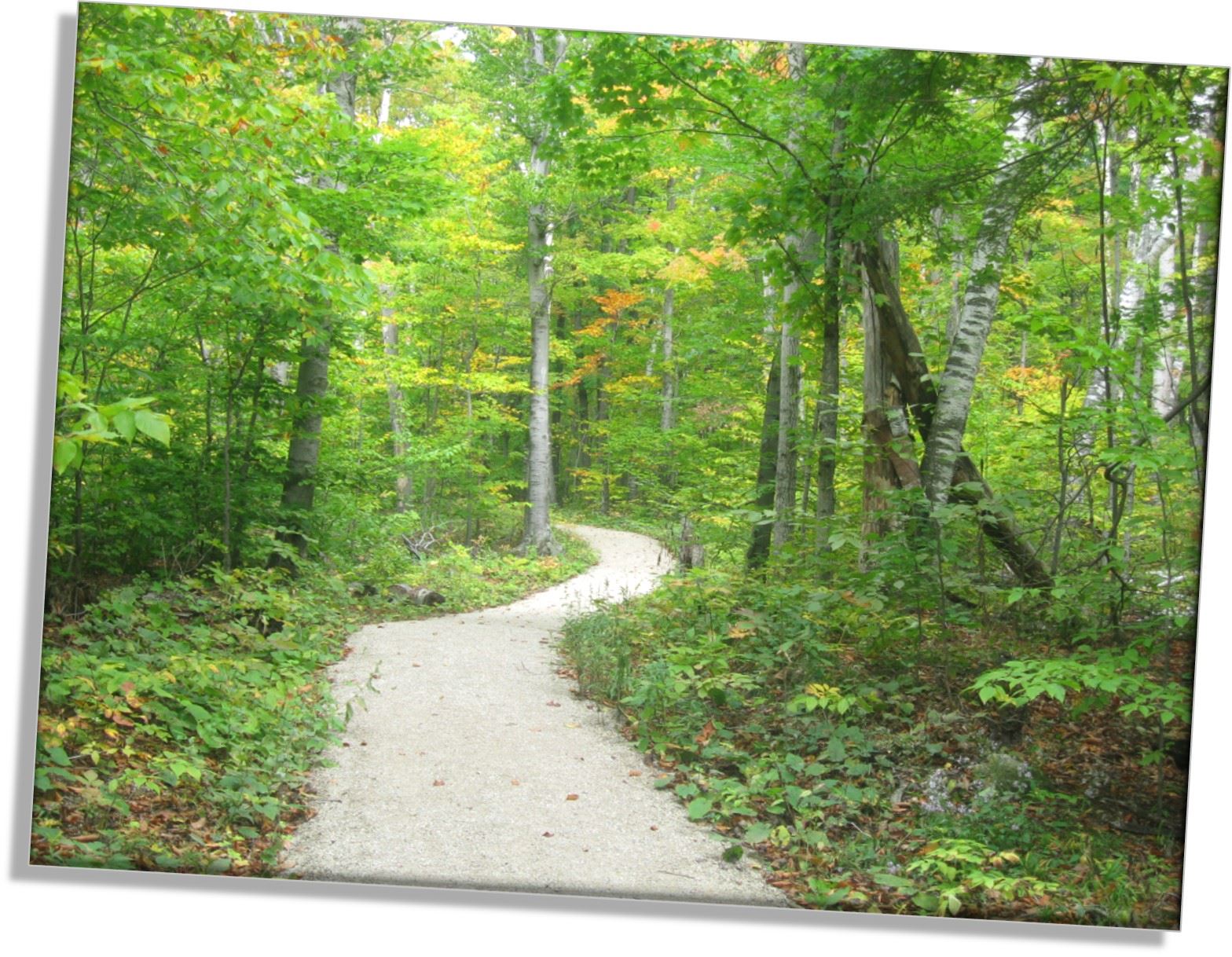 The park consists of 174 acres with seven thousand feet shoreline inaccessible because of the bluff.