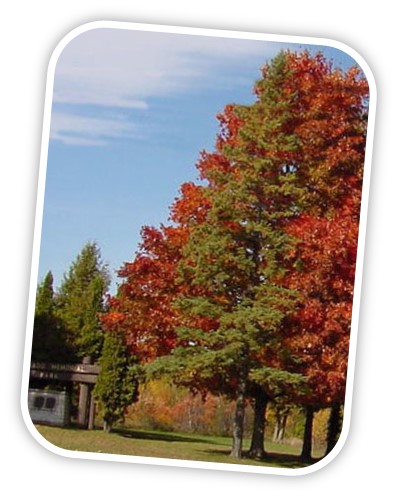 “Tornado Memorial now has a more park like atmosphere. We improved the lawn, placed bark around the trees, added more picnic tables, and       improved the restrooms,” said George Pinney.  “And, we found and uncovered a really nice cobble stone walkway that provides access to the well.”

Landscaping was also added this summer by volunteers to create a welcoming atmosphere to all who stop at the little park.

“When the state gave it up as a wayside, nothing was being done with flowers around the well site.  George was supportive of our efforts to transplant day lilies and flowers to spruce it up,” said Pam Richmond, volunteer coordinator for the Friends of the Door County Parks.  “Don and I took it under our wings primarily because it is so close to us and has such historical value.  It preserves the history behind Williamsonville and the people who died there.”

The fiery yellow and red fall hues of maple trees at Tornado Memorial County Park seem to remind those who pass by of the park’s purpose, a reminder of how Williamsonville and its people were blotted out on the same day as the Peshtigo Fire on October 8, 1871.  The quiet three-acre park is nestled along the old state highway in southern Door County.  The park preserves the story of Williamsonville, which was in one day reduced from a new and growing crossroads town to ashes, and never to be rebuilt.

The triangular section of land named as Tornado Memorial was the first park of nineteen in the Door County Park System.  It was purchased in 1927 from Albert and Elinda Eickelberg.

In the 1950’s, the Wisconsin DOT began to use the park as a highway wayside.  And contracted with the Door County Highway Department to maintain it.  The park’s wayside designation was removed in 2008 with the expansion of Wisconsin 57 and the park is now maintained by the Door County Parks Department.

“Tornado Memorial is an important start to the county’s commitment to the park system because it was our first park,” said Door County Parks System Director George Pinney. “It memorializes Williamsonville and the era that the burning   occurred in our county.  It is all that is left of that town and the firestorm that destroyed it.”

Thomas and Fred Williamson, brothers who immigrated to the Green Bay 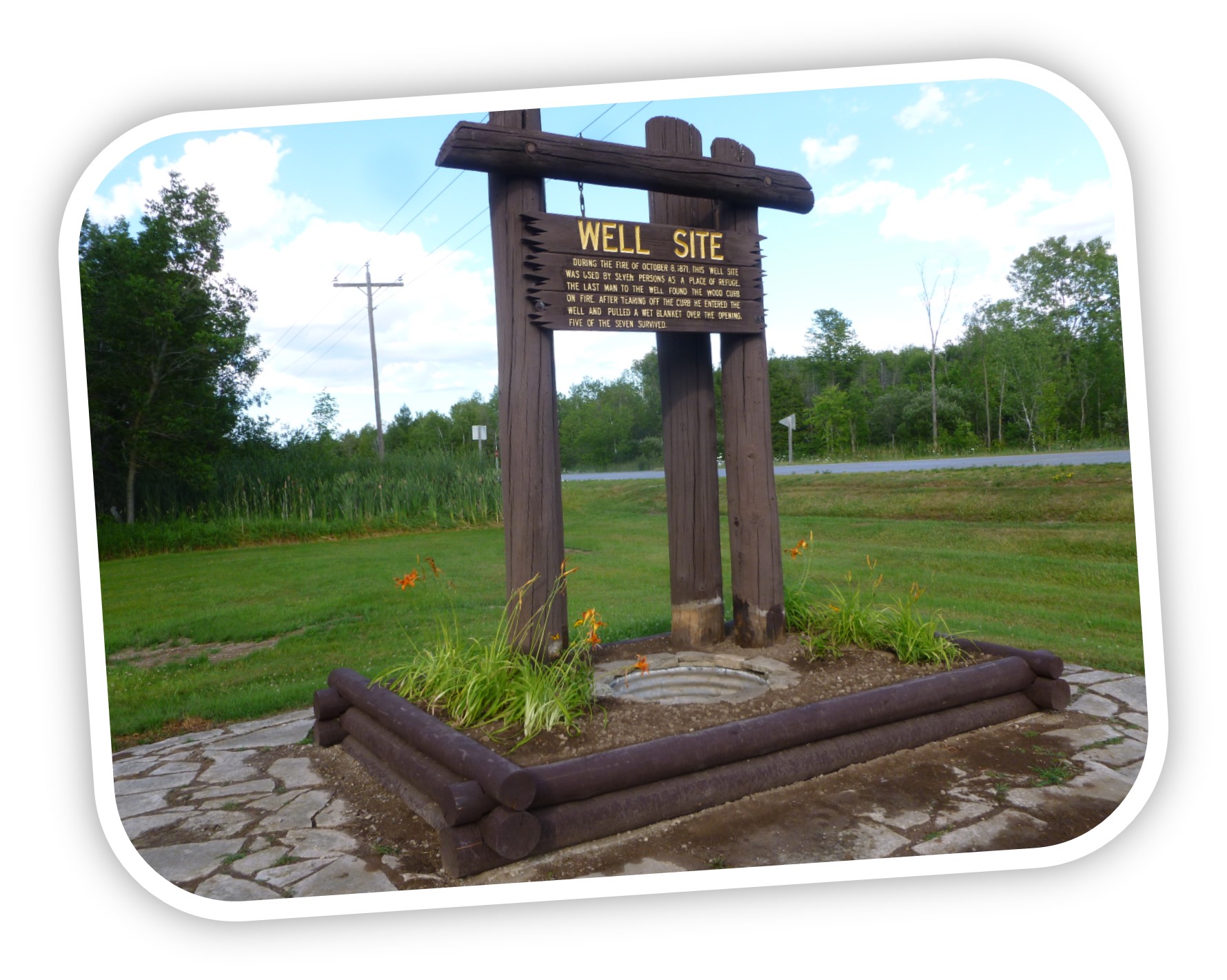 area from Canada in the late 1860’s, settled  in Williamsonville.  Also known as Williamson’s Mill, the settlement grew around the steam powered shingle mill built next to the Ahnapee River in 1870. Within a year, the small town saw much growth, adding a general store, a large barn, a boarding house with a well and nearby potato patch, a blacksmith shop and a total of eight houses, all within a clearing of six to ten acres. According to a WDOT report in 1995, 76 people lived in the town, including 15 women and 16 children.

In 1871, it would not have been uncommon to see fire within the forest.  Fire provided a useful tool to lumbering operations and farmers clearing stumps, brush and unwanted timber.  What was unusual for the era was the lack of rain.  Even swampland was parched and on fire, and a smoky haze hung in the air.

Winds fanned the flames of the small fires, turning into a firestorm that swept unmercifully through southern Door County killing 128 people.  The horrors were the same for all those trapped by the flames but Williamsonville was wiped off of the map with only 19 survivors of its 76 inhabitants.

A huddle of 35 people men, women and children who sought safety in a potato field were burned beyond recognition.  A well, now a historical monument at the park, was where seven men sought protection from the fire.  Five survived but Thomas Cryin, who had suggested the place as refuge, and a second man perished.

When the firestorm came to an end, the only survivors of the Williamson family were Thomas and his mother.