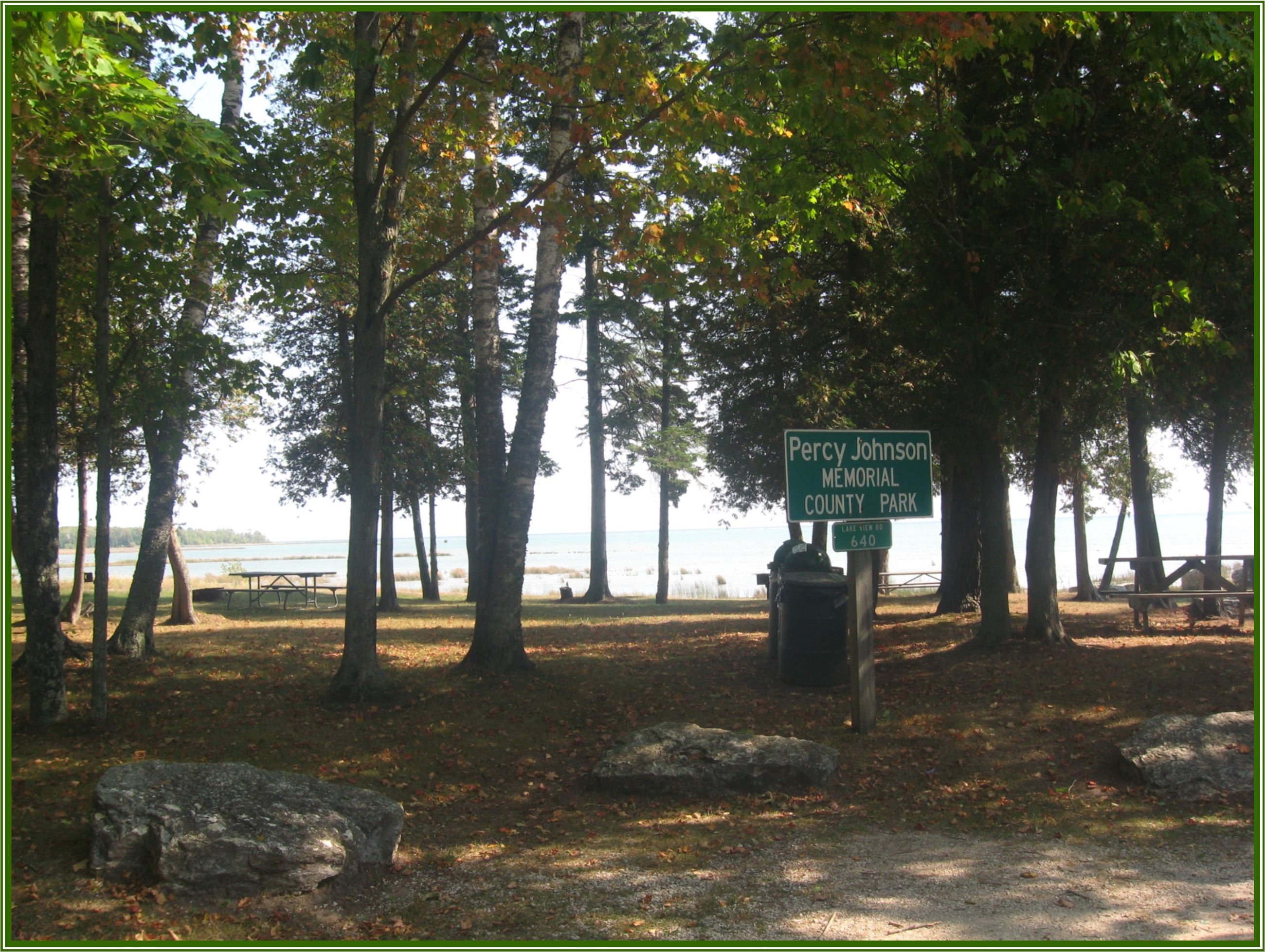 The sandy shore on Lake Michigan makes the park a summer swimming beach as well as an access site to the water for kayaking.

The western half of the park is heavily wooded.  A large pine shelter is located at the park as a picnic area in the northeast corner.

The land for the park was purchased from Robert and  Martha Gunnerson in 1947.  Formerly called Washington or Eastside, for its location on the eastern side of Washington Island, the park was renamed in 1994 by Resolution 48-94 in memory of a former Door County Board supervisor from Washington Island,  Percy Johnson and his 27 years of representation.  Johnson’s parents originated from  Iceland, as many of the island’s original settlers. 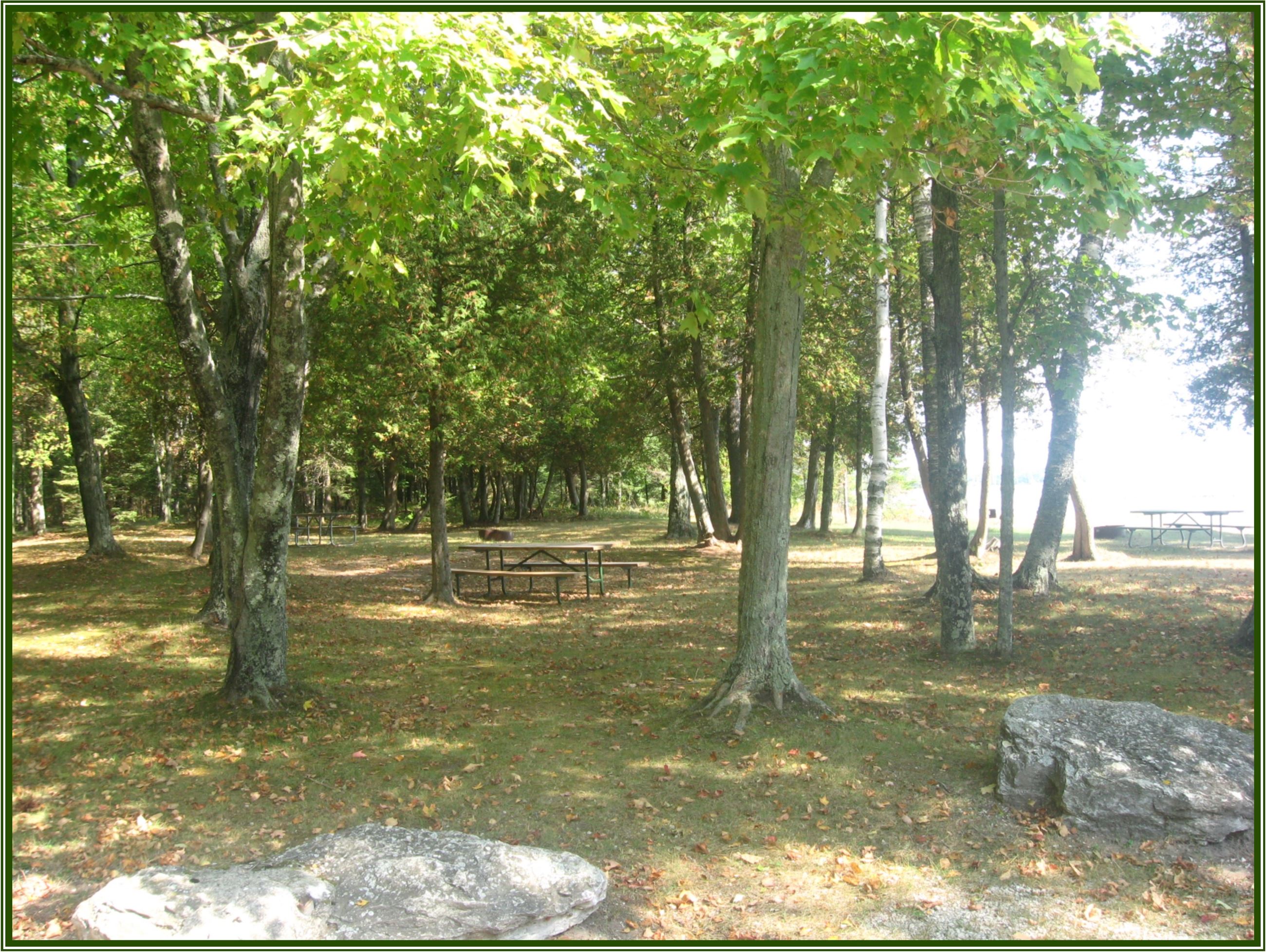 The parks 5 acres are located on Lake Michigan with 500-foot sand beach.