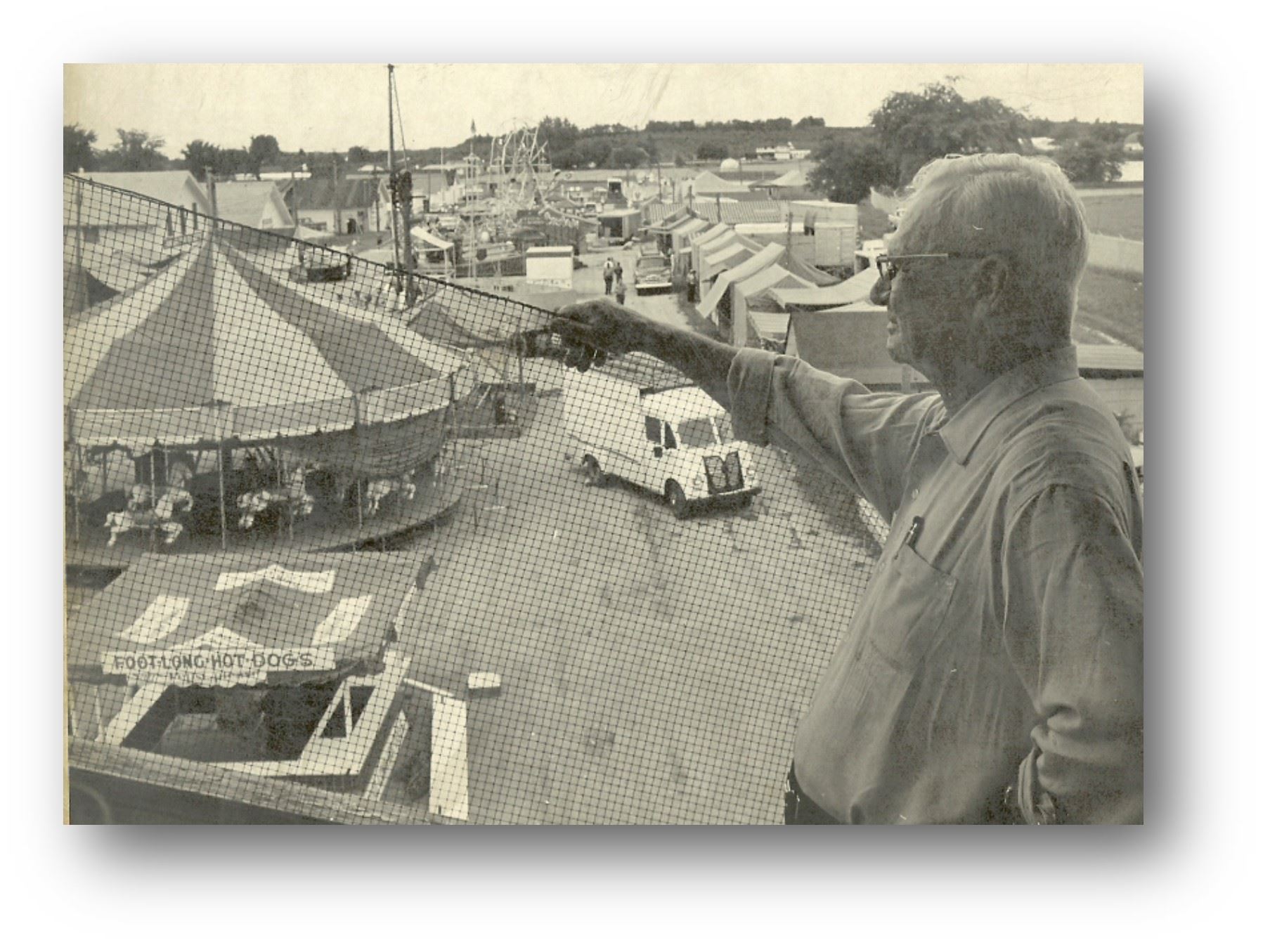 The legacy of John Miles County Park has been a long history of hosting the county fair.  Formerly known as the Fair Grounds and then the Door County Fair Park, in 2001 the park was renamed in honor of the dedicated fair secretary who served the fair for decades, and to recognize its evolution into a multi-use park, not just a home to the fair.

John Miles County Park consists of 60 acres of land. Before assigned to the County Parks System in 1990, the county owned land would be spruced up shortly before the fair season.

“The county owned property for a long time but was not involved in it,” said Door County Parks System director George Pinney. “It was under the control of the Property Committee and no one was assigned to it. The Fair Board would clean up the buildings, mow grass sometimes cutting it like hay and  baling it.  It was just a place to hold the fair and not much else was happening there.”

Now the property is maintained and used year round. In the 1990’s, soccer fields were put in and playground as well.  In 1994 an 18,300 square foot multi-purpose cattle barn was built.  A water retention area was created and new storm sewer system installed.  In 1998 a modern grandstand was built that seated 2,671 people, replacing the original wooden grandstand of 1938.  New track lighting and 14th Avenue parking lot lighting were installed.  In 2011 a 20,000 sq. ft. multi-purpose horse, swine and sheep building was built.

The park is used by many groups including the 4-H Horse and Pony Project, Door County Soccer program, stock cars races at the Thunderhill Raceway, flea markets, motorcycle rallies, gun shows, traveling vendors (tool shows), and animals swaps.  In the winter season, the buildings at the park are rented out for private and commercial storage.  Vender stands for the Farm Bureau, AmVets and Forestville Maplewood Lions Club are also located on the park grounds and provide an important source of income to    support their community programs.

The longest use of the land that John Miles occupies is that of the fair, which was first held there in 1908.  The fairs always included horse racing, which would span decades, ending in 1992.

“Sulky racing, now that was quite an event,” said Jim Ash, who retired as the Door County Fair Association President in 2009.

Races were held on both Saturday and Sunday.  Standard bred horses were either trotters or pacers and pulled a driver in a cart, called a sulky. The mile race was held on a half-mile track.  A horse barn   located near the grandstand for the racehorses was torn down in the late 1990’s.

The park has always been used as a gathering place for large crowds.  In 1948, a crowded grandstand was treated to a grand pageant celebrating the  centennial of the State of Wisconsin.  With a cast of over 300 members, “Peninsula Cavalcade” was presented, a production that revisited state and county history.  The pageant was held in front of large panels of fabric creating an impressive stage for onlookers.  Laverne Eggert was crowned as the centennial fair queen.

“That was a big affair,” said Father Tony Birdsall. “It was a historical event to observe that.”

The Door County Century Bike Ride and the American Cancer Relay for Life events have been based from the park since 2011.

“Though many people think of the John Miles as an event orientated park, it is used by folks for everything from walking the midway for exercise, renting the pavilion for birthday parties and family gatherings, flying kites at the wide open soccer fields, and walking dogs,” said Pinney. “We want to keep it as a busy community park.” 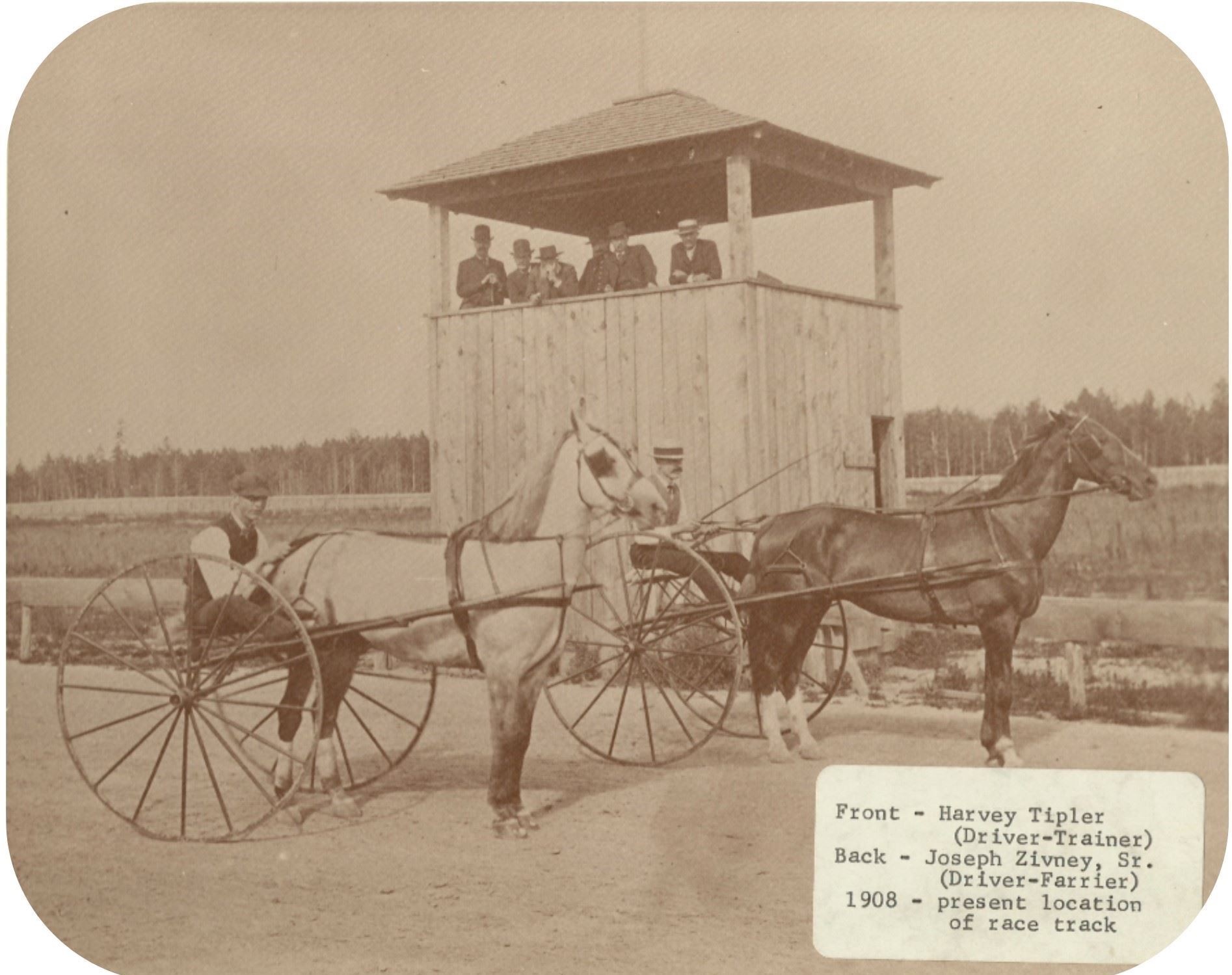 Acreage: Sixty acres in the City of Sturgeon Bay. Available for special events.