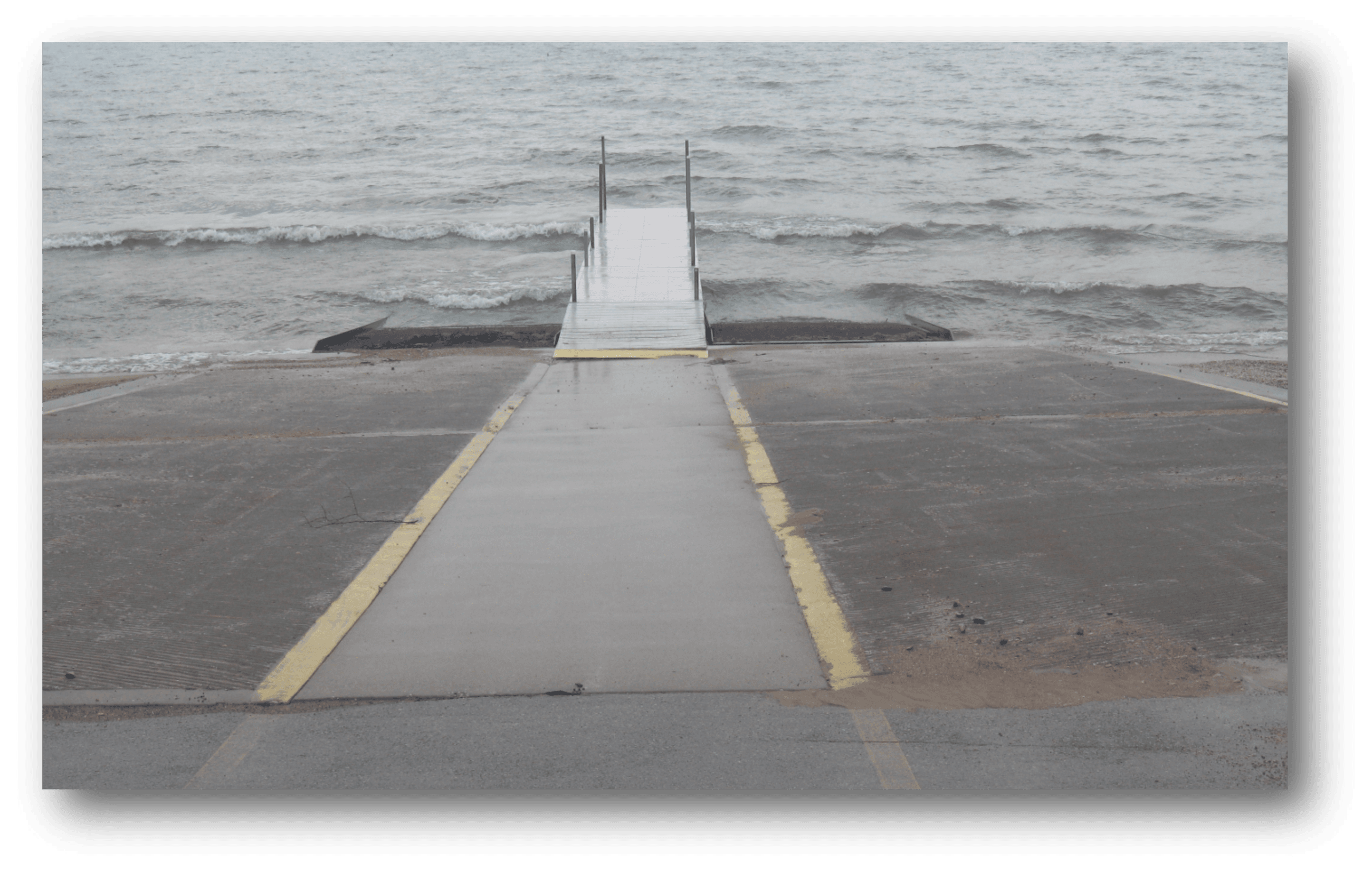 Location: E4449 County T, on the shoreline of Lake Michigan at the end of County Highway T in the Town of Sturgeon Bay with 150 feet of shore frontage.

The Door County Facilities and Parks Department will close Lily Bay Boat Launch County Park starting at 8:30 PM on Wednesday, June 22, 2022 for scheduled parking lot maintenance repairs. The park will re-open the morning of Friday, June 24, 2022 after maintenance is complete. These dates are subject to change due to weather.

Lily Bay County Park is a two-lane fair weather boat launch on Lake Michigan.  The park is approximately one acre with parking for six cars. The smallest of the 19 county parks, literally a couple lanes of pavement on a bit of sand beach; Lily Bay scores big on history.

In the 1880’s, a bustling settlement grew at Lily Bay and included a sawmill, blacksmith shop, general store, boarding house, and several residences as well as a pier on the lake. The sawmill was originally owned and operated by W. H. Horn and V. Mashek.  Horn moved his operation to Lily Bay after Horn’s Pier, one of the area’s three major ports in Sevastopol, was abandoned. V. Mashek was a lumber barren and owned a great deal of the land in Sevastopol.

Lily Bay was once known as St. Joseph, named in honor of a business partner of W.H. Horn. Upon Mr. Joseph’s departure from the business, the area’s name changed to Lily Bay after Horn’s daughter.

The pier at Lily Bay brought both goods and people on Goodrich ships from Chicago and returned with lumber and wood supplies such as cordwood.

“Lily Bay’s major export was hemlock bark of which the tannin is used in the tanning industry in Milwaukee and Chicago,” said Lily Bay resident Carl Scholz.

The settlement at Lily Bay slowly declined after the Sturgeon Bay ship canal was dug and the first ship sailed through in 1879.

New life sprang up at the site, which was then called Wester’s Landing. In 1902. John Wester, Jr. began a commercial fishing business from the pier as well as         operated the nearby sawmill until the late 1940’s.

“My father, Ted Wester, made fish boxes at the sawmill as fish was shipped in wooden fish boxes until they began using waxed cardboard boxes.  My father delivered the wooden fish boxes from Ellison Bay to Two Rivers,” said Carole Wester, who still resides near Lily Bay.  Her father then turned the mill into a big outdoor sawmill, which is owned and operated today by Ralph Smith.

Property for Lily Bay’s boat launch was donated to the County in 1987 in two parcels; one was from the DNR and one from John and Eva Groenfeldt.  A parcel of land was added to the park in December of 1988 by Irene D. Kress.  A Recreation Boating Facilities grant from the State of Wisconsin was used to renovate the old launch to the current facilities found at the site today.

Although the commercial fishing shanty is long gone at Lily Bay, there are still plenty of fish to catch in Lily Bay.  “Fishermen troll there for trout, brown and steelhead as well as for salmon,” said DNR warden Chris Kratcha.

Acreage: This has parking and a launching dock only.