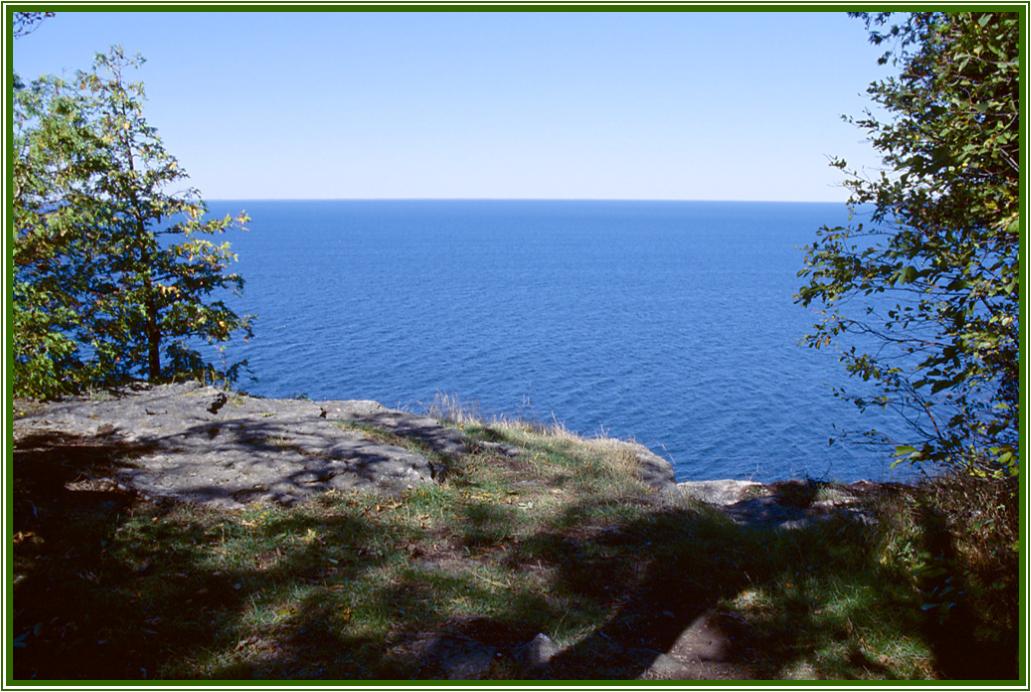 Door Bluff Headlands is undeveloped except for an access road to its interior. The park is characterized by vertical limestone bluffs rising up from the waters of Green Bay, a variety of tree species, numerous species of ground vegetation, and varied topography. It is a delight for the  naturalist with its scenery, flora and fauna, and relative remoteness.  The park receives limited usage because it is not developed for active recreational use.

The schooner Fleetwing, a shipwreck of 1888, is located in the waters next to the park. The ribs and keel can be seen lying on the bottom of the bay.

Edwin and Grace Walker, Ino Walker and William and Anne Duncan sold 123 acres to the county for $1 in 1944.  In 1977, William and Lyn Swift and William and Miriam Over also sold 33 acres of adjacent land to the county for $1 with the premise that the “land be forever used as a park.”   According to an article in the Door County Advocate on February 15 1977, the donation of the 33 acres of land marked the first major land donation to the county park system since the original 123 acres.  Work to develop the park, building restrooms, trails, a well, and a picnic area with grills was halted.  In 1970, only a scenic road was created as it was decided to keep the park in its natural state as a sanctuary.

The Headlands are unique in their structure and appearance, being one of a few such formations in this county.  It is reputed that it was at this point where the Washington Island  Indians (Iroquois), fought the mainland Indians (Potawatomi).

With 252 forested acres, including 6800 feet of shoreline, Door Bluff Headlands is the largest county park in Door County.