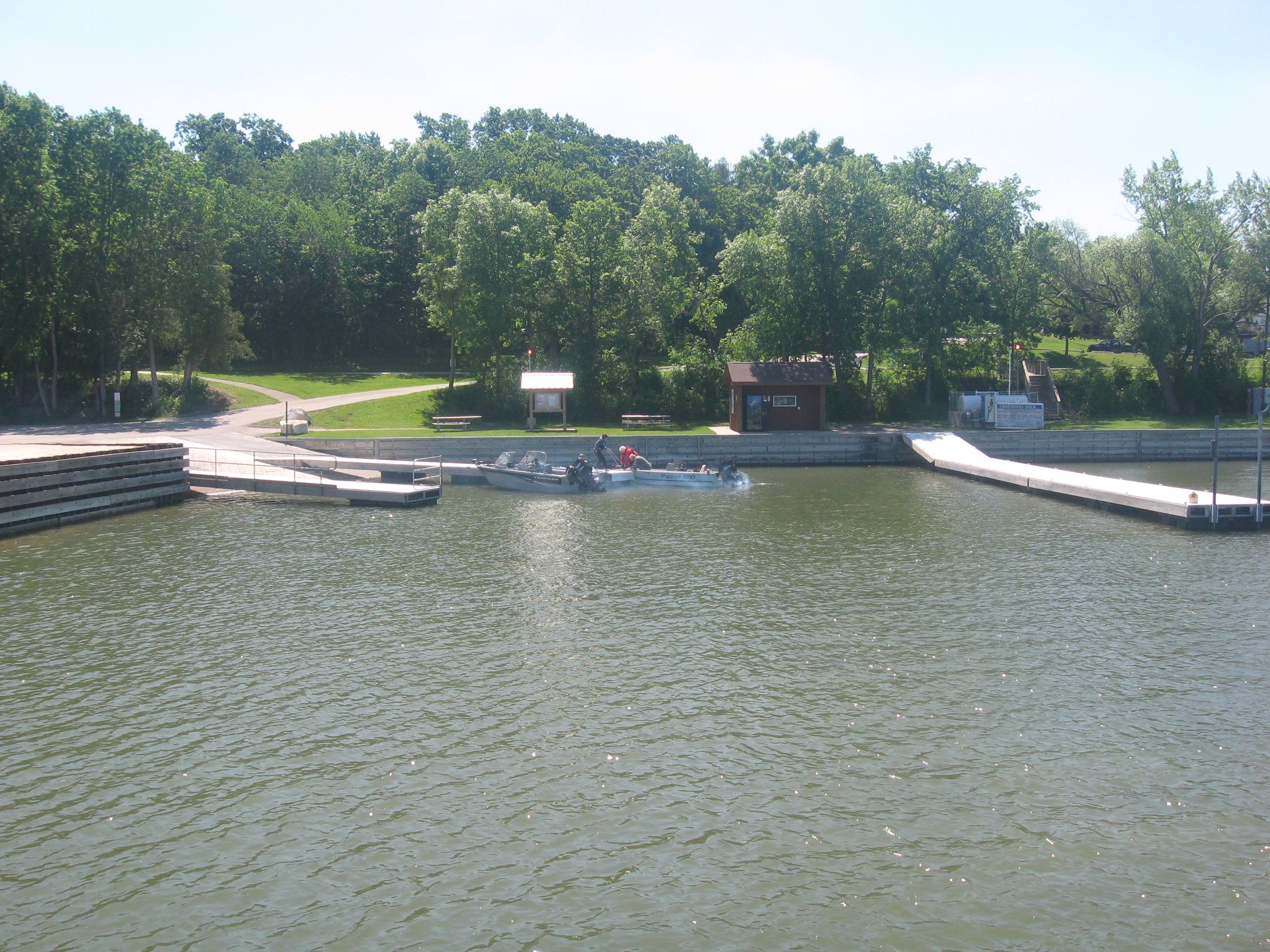 At the county owned 100 foot day dock, boaters can tie up and access the park or grab a burger or bait at the nearby establishments. Overnight docking at the public dock is prohibited.

The park is an emergency harbor of refuge and dock on the waters of Green Bay located between Little Sturgeon and Dykesville. The protected harbor can fit 40 to 50 boats in an emergency.

Chaudoir’s Dock began as a working dock built by brothers Eli and Julis Chaudoir after they arrived in Namur from Belgium in 1856.  Ships, including the Denessen, traveled to Northport and Green Bay often moored at the dock with passengers and goods, and local farmers were able to export beets, potatoes, lumber, hay and straw.  The ships brought hay and grain for the lumberjacks’ horses.

A lumber mill owned by Fuller and Goodman was located near the dock, likely producing cedar shingles. In   winter, local farmers took to the ice to harvest fish with pound nets.  Local residents would purchase fresh fish at the dock and the rest was sold to companies in Green Bay and Chicago.

In 1935, John Chaudoir built a bar, known by the same name, near the dock. Mobile home cottages began to dot the shoreline in the 1940’s where summer visitors could rent rowboats and enjoy a quiet  summer. In winter, ice shanties were also rented out delivered onto the ice by Joe Chaudoir on roads he plowed himself.  Ice fishermen still flock to the area.

In 1944, John Chaudoir approached the county about purchasing the dock because he was interested in keeping the dock open to the    public. That year, the dock was purchased from John and Mamie Chaudoir by Door County for $1.00  The dock and park now carry the name and the legacy of the Chaudoir family.

The arrangement is also unique as the county owns the dock and harbor but leases a portion of it back to Chaudoir’s Dock, LLC, which owns the surrounding land that includes mobile home cottages and the restaurant. The arrangement insures the public full access rights to the water.

In 1973, the northern breakwall that was damaged in a storm was fixed.  In 1997 and 1998, the harbor was enlarged by 80 percent including the replacement of the southern rubble break wall and the addition of a third boat launch ramp. A bin wall system was used to build the new break wall. Instead of drilling sheet piling into the bottom of the bay, a section of forms were set and filled with gravel and poured concrete.

The outer entrance to the harbor was dredged in 2001, again in 2005 during binwall repair from ice damage and due to low water dredged again in 2014. The entire launch ramp was replaced in 2011 with a longer structure.

Chaudoir’s Dock is one of the busiest county park for launching boats and provides prime access to Green Bay fishing including perch, bass, whitefish and walleye.  Deep waters make it a prime fishing spot and a spawning reef a mile from the dock offers fishermen a popular spring walleye spot.

This park has 5 acres of partially wooded land and 625 feet of shoreline on the waters of Green Bay in the Town of Union. 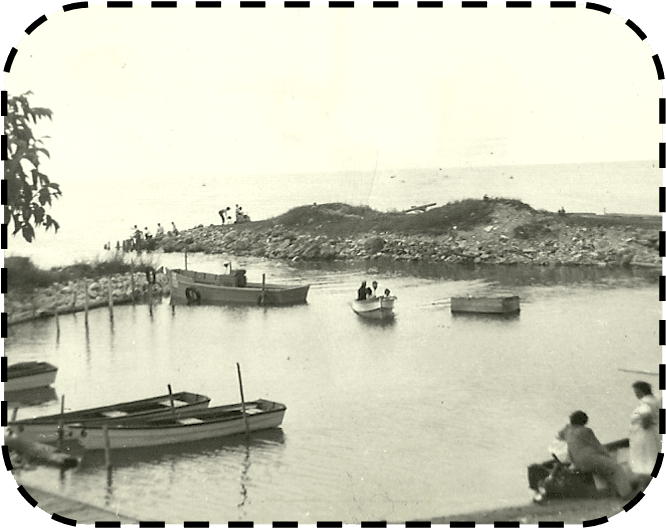