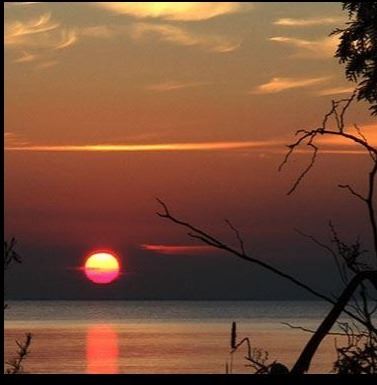 The area contains many ridge lines, historical shorelines from the lake’s water receding since prehistoric time. The many ridges and swales tell different stories between the plants and animal life. The area is a prime bird watching stop, but the rare fauna, sedges, lilies and wildflowers draw many visitors to the sanctuary.  About a dozen endangered or threatened Wisconsin plant species are found in the  sanctuary as well as the Federally threatened Dwarf Lake Iris. The Hines Emerald dragonfly, the only dragonfly on the Federal Endangered Species List, is also found at the Ridges.

The land was purchased by Door County from the United States   government in 1937. During that same year, the nonprofit Ridges Sanctuary formed to protect and maintain the area.  The Ridges Sanctuary leases and maintains most of the acreage including two range lighthouses; alignment lights used by ships to enter Bailey’s Harbor.  Originally lit with lanterns, the beacons are now electric lights on towers near the beach.  A strip of land that the U.S. Coast Guard had reserved for navigational lighting was deeded to the county in 1972.  The Ridges Sanctuary entered into a formal 20 year lease agreement with the County of Door.  A 99 year lease agreement was signed in 1990.  The portion of the 30 acre property maintained as the county park is located on the harbor side of Ridges Road. 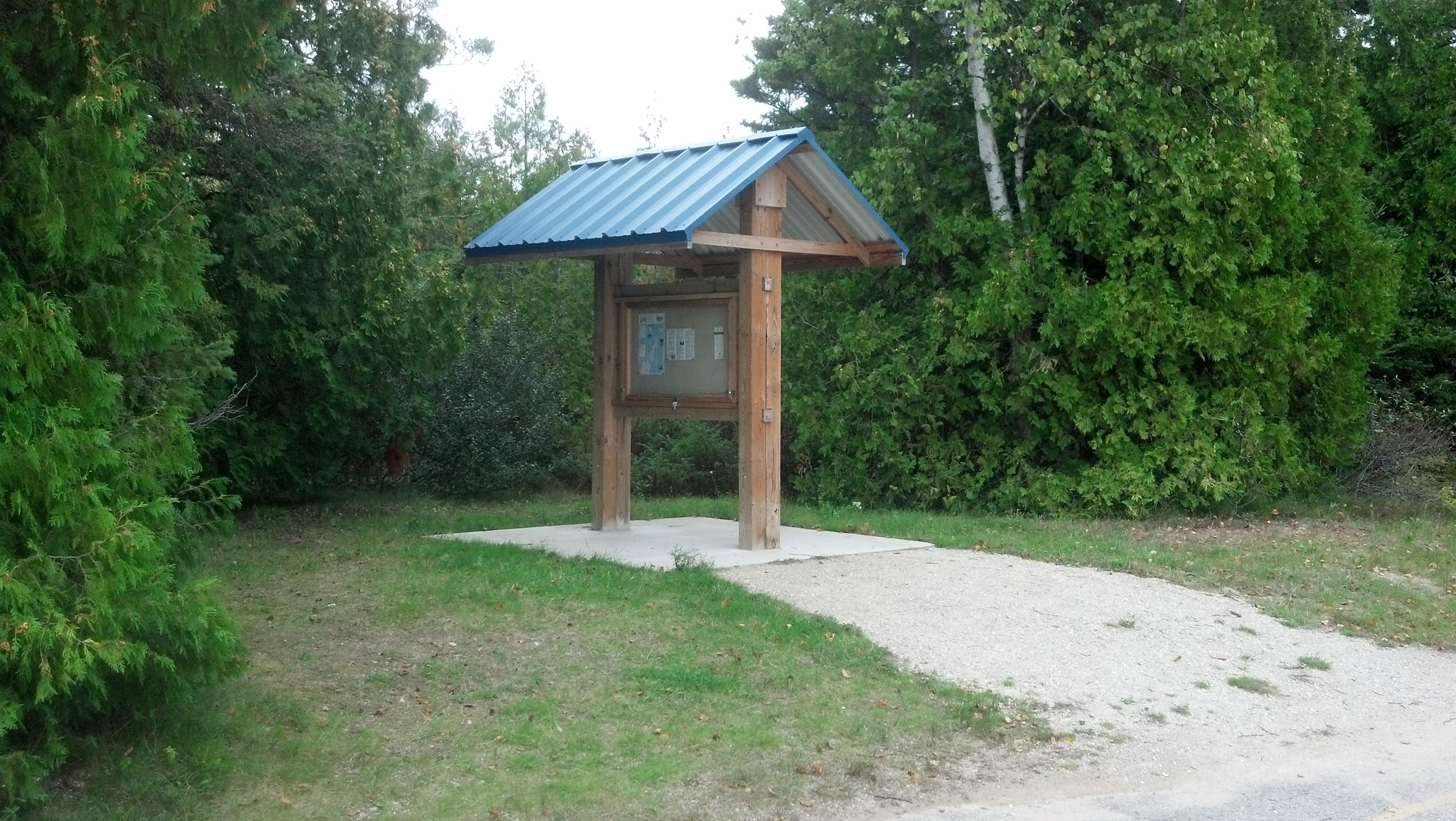 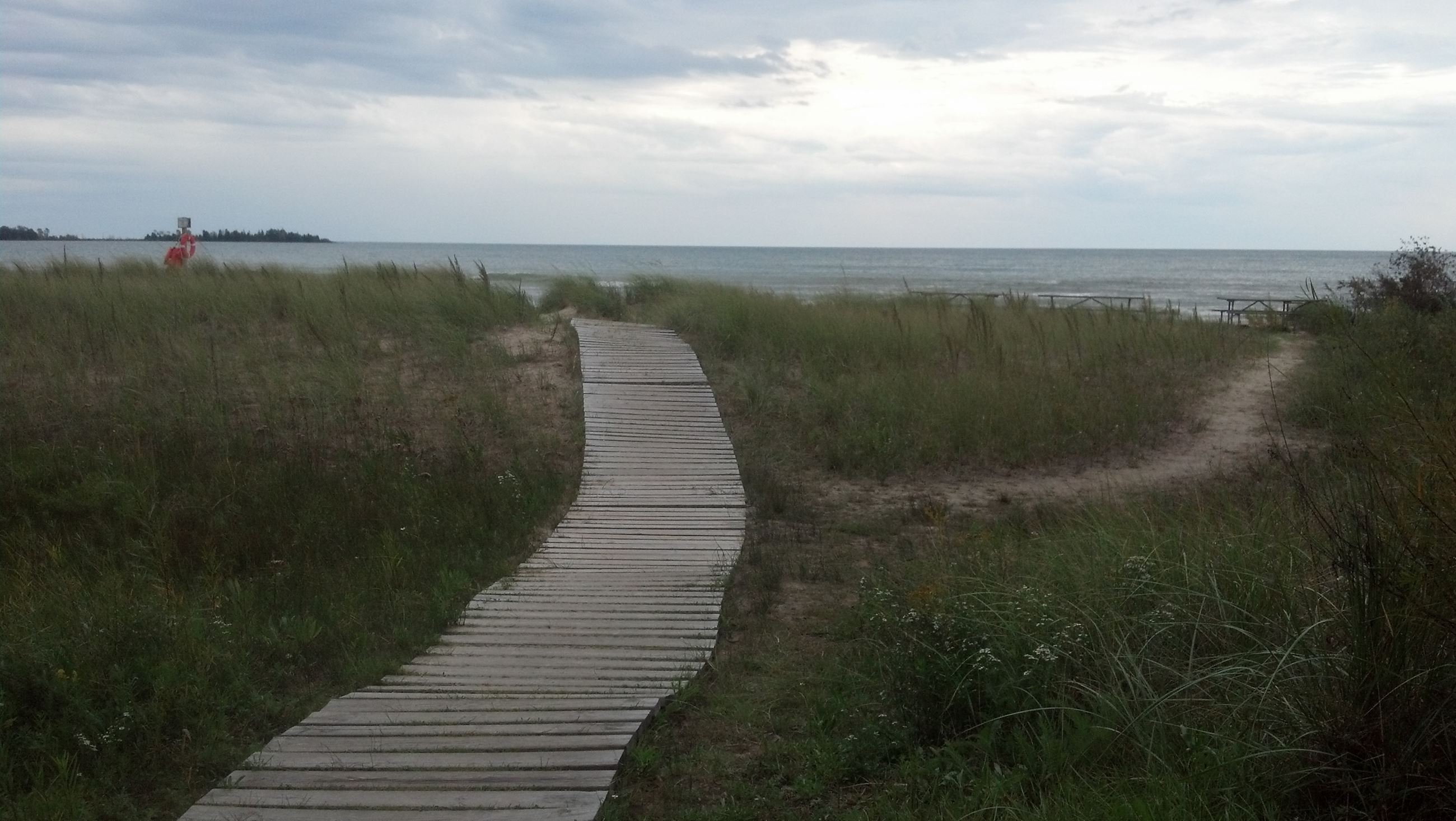 Shallow waters and a sandy beach.swimming, sunbathing, and learning kiteboarding skills. On days with a strong southern wind, visitors may catch a view of daring kite boarders racing on the waves between the beach and nearby Acclaim Park.

The park is the perfect setting to view an early morning sunrise, have a picnic, lay in the sun, or swim.  Restrooms, picnic tables, and parking available.

30 acres and approximately 550 feet of Lake Michigan shoreline for swimming and sunning on the beach.